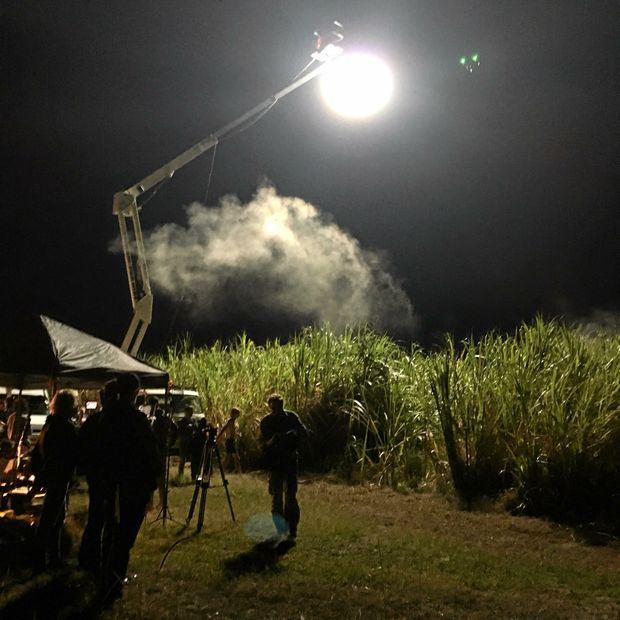 A NEW film has begun shooting on the North Coast this week at a cane field off Ross Lane, Lennox Head.

Scarlett, a supernatural thriller with a $2.7 million budget, will shoot over five weeks at several locations including Lennox, Mullumbimby, Murwillumbah, Byron Bay and a property outside Bangalow.

In a major coup, the film also managed to secure the services of Oscar nominated composer Christopher Gordon, who was nominated for his work on the Russell Crowe maritime epic Master and Commander.

The man behind Scarlett is locally raised producer and actor Blake Northfield, of Home and Away fame.

It’s the first of several productions Mr Northfield is hoping to bring to the region in coming years, as he seeks to establish consistent projects for the region’s top notch screen industry talent to sink their teeth into.

“For myself, I grew up in the area and I always said ideally if I could work back here in this industry, that would be my dream,” he said.

“We chose this location to lay down a platform for the film industry and show the world that the area’s depth of diverse locations is only exceeded by its offering of creative talent.”

He said he was confident Scarlett would look “like a $10 million film” once finished, and several of the crew had agreed to work for much less than their usual rates.

“Being a psychological thriller, there are a lot of twists and turns we have added to separate the film from similar genre films,” he said. “We have an original twist that will really surprise the audience.”

Scarlett is scheduled for an international release sometime in 2017 and will be sold to 25 countries, including a planned showing at next year’s Berlin Film Festival.

It will also feature a special premiere in Byron Bay and run in Australian cinemas following the international release.